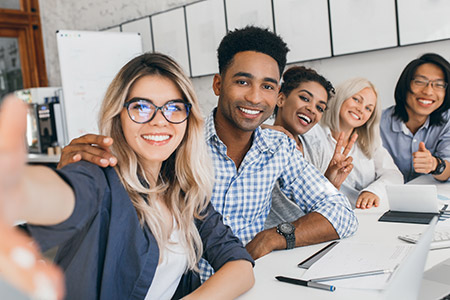 LCU was founded with a mission: to create an international imprint by linking students from different nations and cultures in a shared university experience. Till today, it has remained true to its history and its international calling.

The University combines the English system’s educational strategies with Italian culture and teaching methods. Some courses are taught in Italian, but most of the degree courses, at both Bachelor and Master levels, are taught in English. LCU offers a wide range of prestigious Master programs. Each combines scientiﬁc rigor with an interdisciplinary and multicultural approach, one of the university’s major strengths.

Link Campus University is situated in a magnificent historical complex. The main building - the Manor of San Pio V - is immersed in a wonderful park located not far from the centre of Rome, right next door to the Vatican City. The manor building was commissioned by the newly elected Pope V, Antonio Ghislieri. Upon completion of the building in 1567, he made it his summer residence.

Over the years, the building changed hands several times, becoming the property of an old bankers’ family from Siena – the Chigi family – in 1655. Around this time the House of Chigi acquired several Italian estates, the most important of which was Palazzo Chigi in central Rome. In 1916, Palazzo Chigi was purchased by the Kingdom of Italy. It currently serves as the seat of the Italian government.

The Manor of San Pio V and surrounding gardens stayed in the hands of the House of Chigi descendants until 2016, when the property was acquired by Link Campus University. Thus, not only does Link Campus University offer the opportunity to study in a highly innovative educational environment, it also offers a campus atmosphere steeped in history and beauty.